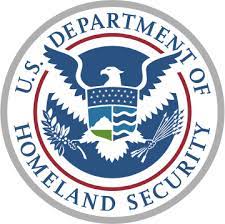 The HEG comprises agents, officers, and support personnel who are trauma informed and utilize a victim-centered approach to interviewing human trafficking victims while working diligently to stabilize victims through connections with nonprofit agencies across the state. The HEG is committed to connecting and establishing a strong rapport with victims, enabling them to share details that are difficult to reveal about their specific victimization by their traffickers. In turn, this garners victims’ trust, which results in moving investigations forward for successful prosecution.

“Our Human Exploitation Group is responsible for combating human trafficking and other forms of exploitation across the eight most populous counties in Maryland. They continuously develop and navigate significant investigations that have led to tremendous operational successes in 2022,” said Special Agent in Charge of HSI Baltimore James C. Harris. “However, what I think makes the group truly effective is the positive impact they have on the victims and families with whom they interact.”

The HSI Baltimore HEG yielded record investigative successes in 2022 by managing sources and cooperating defendants to further human trafficking investigations. Additionally, the HEG conducted more than 20 human trafficking outreach efforts to various federal, state, and local law enforcement entities as well as community and social service organizations within the HSI Baltimore AOR, including case presentations at the annual Maryland Human Trafficking Investigators Seminar coordinated by the US Attorney’s Office (USAO) and other governmental organizations in Maryland.

“These dedicated professionals recognized by Women in Federal Law Enforcement are shining examples of honor, service and integrity,” said Acting Executive Associate Director of HSI Steve Francis. “They have dedicated their careers to keeping our communities safe, holding accountable those who exploit our most vulnerable, and seeking justice for victims of unthinkable crimes.”

2022 saw the culmination of investigations detailed below that have been highlighted by the Department of Justice (DOJ) and HSI.

In March 2022, the U.S. District Court for the District of Maryland sentenced Feliciano Diaz-Martinez to 27 years’ incarceration followed by 10 years of supervised release for the sexual trafficking of a minor; enticement of a minor to engage in prostitution; seven counts of sex trafficking by force, fraud, or coercion; conspiracy to distribute controlled substances; and possession with intent to distribute a controlled substance. According to court records, Diaz-Martinez forced his victims, many of whom suffered from substance abuse disorders, to engage in commercial sex acts. Diaz-Martinez reportedly not only stole money from his victims, but he also then sold them narcotics at prices significantly higher than what he had paid. The special agents, task force officers, victim assistance specialist, and prosecutors involved in the case worked tirelessly to ensure the victims received needed services, allowing them to feel safe, secure, and involved during, and after, the investigation. Ultimately, the diligent work of the investigation and prosecution teams provided the victims with the justice they deserved by holding Diaz-Martinez accountable for the heinous acts he committed.

HSI Baltimore’s HEG saw both federal and state courts sentence Ryan Odell Oliver sentenced to 15 and 20-year sentences respectively. Oliver was found guilty of sex trafficking by force, fraud, coercion, and rape – second degree. According to the HSI Baltimore investigation, Oliver raped his victims and forced them to engage in prostitution. He later took the money they earned from their encounters. Oliver forced one of his victims to get his name tattooed on her. Oliver is presently serving the federal and state sentences concurrently.

In August 2022, the HSI Baltimore HEG’s efforts led to the arrest of three individuals, Marlon Pitts, Alexander Stevens, and Maurice Monroe. The HSI-led investigation indicates the trio was operating the “Triple X Party Kings” alleged Maryland-based sex-trafficking enterprise. HSI Baltimore arrested the suspects and charged them with the use of interstate facilities in the aid of a racketeering enterprise. Pitts has additionally been charged with sex trafficking of a minor and transporting an individual to engage in prostitution.

Pitts and Monroe are both suspected members of the notorious Crips street gang, and Stevens is a paraeducator in Prince George’s County. HSI simultaneously executed search warrants on several premises associated with the targets to obtain further evidence.

As a result of the HEG’s efforts, the case has garnered significant interest from the USAO and the DOJ Human Trafficking Prosecution Unit as this case involves Human Trafficking, RICO charges, criminal gangs, and minor victims. This case also highlights HSI Baltimore’s strong relationship and cooperation with state and local law enforcement partners.

In July 2022, U.S. District Court in Maryland sentenced Kyle David Robinson to more than 10 years’ incarceration for sex trafficking of a minor because of the meticulous work of HSI Baltimore’s HEG. The group had received information that Robinson was trafficking two teenage girls in the Baltimore area. One of the victims was 14 years old. HSI Baltimore launched an investigation and discovered that Robinson was arranging sexual encounters for both girls and charging for their services. According to the HSI investigation, Robinson had recruited both victims outside of the group homes where the girls were residing. Robinson had physically assaulted the 19-year-old female and threatened the 14-year-old minor victim with violence if she did not obey his demands. Special Agents from HSI Baltimore arrested Robinson during a hotel operation where he brought the 14-year-old minor female, an eighth grader, to engage in commercial sex acts after arranging the encounter with an undercover HSI special agent. Robinson was sentenced to 126 months incarceration, eight years supervised release. Additionally, Robinson he must register as a sex offender for life.

The referenced cases are a few examples of the federal investigations that the HSI Baltimore HEG actively worked during 2022. This does not represent all the state and local assistance provided by HSI Baltimore HEG to further proactive investigations, nor does it reflect the work done to triage tipline reports and leads that come from federal, state, local and community partners.

HSI Baltimore’s HEG prides itself in recognizing and understanding the challenges of human trafficking investigations, as well as providing a human aspect of care needed to assist victims through each stage of the investigation and beyond. Every investigation worked by the HEG has a primary focus of holding traffickers accountable for their heinous crimes while simultaneously supporting victims and survivors.

“HSI Baltimore, along with our law enforcement partners, remain committed to the eradication of human trafficking networks from our Maryland communities,” Harris said. “Our Human Exploitation Group has made tremendous progress in this fight, but we still have much work to be done, and we can’t do it alone. This has to be a team effort, and we need the public’s help. HSI Baltimore asks parents, guardians, teachers, caregivers, clergy, or anyone who interacts with vulnerable individuals to be on the lookout for, and report, suspicious behavior to the proper authorities.”