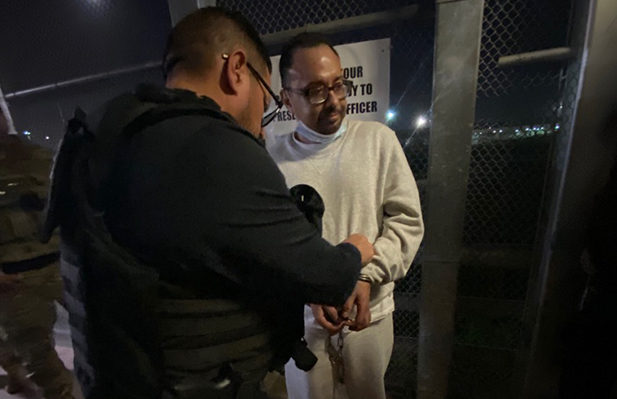 Carlos J. Arreguin, 37, was flown from Chicago on a flight coordinated by ICE’s Air Operations Unit to the Valley International Airport in Harlingen, Texas. On the same date, ERO Harlingen escorted him via ground transportation to the border and turned him over to Mexican authorities at the Gateway Port of Entry in Brownsville, Texas, without incident.

Arreguin has illegally entered the United States without inspection at unknown dates and unknown locations on several occasions and has been removed from the country multiple times between 2003 and 2022. During his time in the United States, Arreguin had been arrested on several occasions for drug possession, illegal entry, and resisting an officer. Arreguin was turned over to U.S. Immigration and Customs Enforcement’s (ICE) custody Dec. 27, 2022, from the Bureau of Prisons Metropolitan Correctional Center in Chicago following his sentence for illegal reentry after deportation.

An immigration judge with the Justice Department’s Executive Office for Immigration Review issued a final order of removal for Arreguin March 27, 2014, and reinstated the original removal order, April 18, 2019.

Members of the public who have information about foreign fugitives are urged to contact ICE by calling the ICE Tip Line at 866-347-2423 or internationally at 001-1802-872-6199. They can also file a tip online by completing ICE’s online tip form.