BALBIR SINGH SWORN IN AS CABINET MINISTER OF PUNJAB 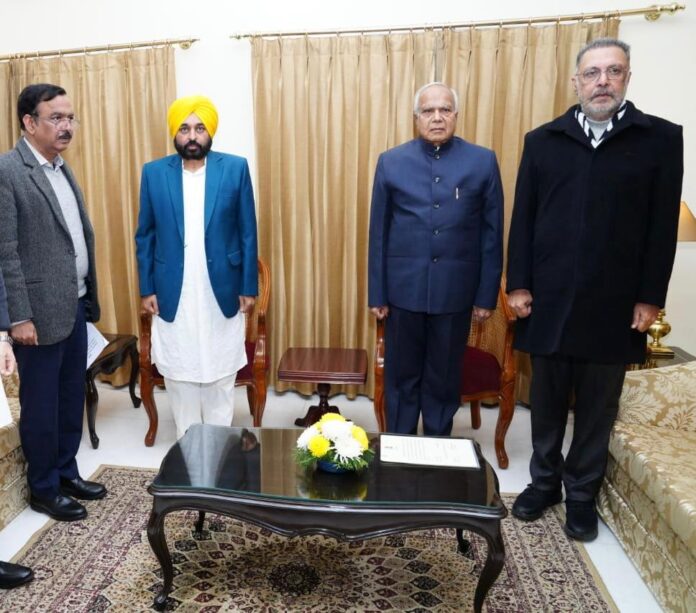 Chandigarh : The Punjab Governor and Administrator, UT, Chandigarh, Banwari Lal Purohit today administered the oath of office and secrecy to Dr. Balbir Singh as Cabinet Minister of the state in a brief but impressive ceremony here at Punjab Raj Bhawan in the presence of Chief Minister Bhagwant Mann. 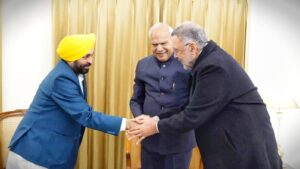 Earlier, the Additional Chief Secretary to CM A Venuprasad conducted the proceedings of the ceremony with the permission of the Governor. After being sworn in Dr. Balbir signed the oath, which was counter signed by the Governor.

Meanwhile, the Chief Minister congratulated Dr Balbir for the new assignment and said that the new Minister has already been serving the masses with missionary zeal. He expressed hope that that the new minister will continue to serve the people with same passion and fervour. Bhagwant Mann said that the state government is already according top priority to the Health department adding that a hardcore professional like Dr Balbir will further take the department to zenith.