HOLY CITY AMRITSAR TO BE DEVELOPED AS ONE OF TOP CITIES, SAYS AMAN ARORA 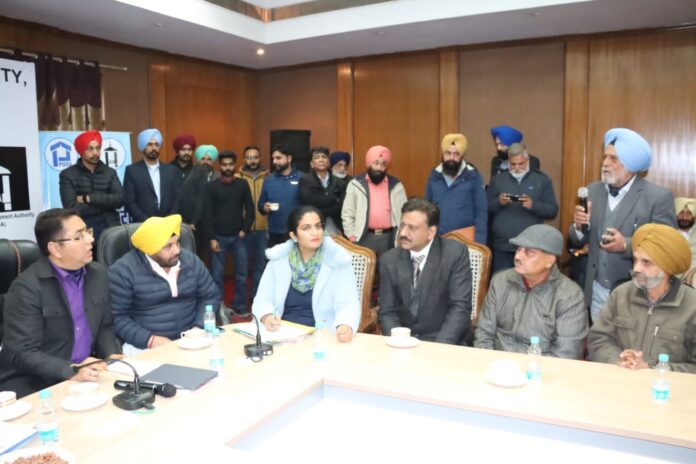 Chandigarh/Amritsar : Keeping in view it’s religious, historic and heritage importance, Punjab Housing and Urban Development (H&UD) Minister Mr. Aman Arora on Wednesday said that the Punjab Government will develop the Holy city Amritsar as one of the top cities across the country. 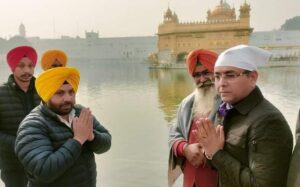 “The most important city and tourists’ preferred destination Amritsar has largely remained neglected during the tenure of previous governments,” he said.

He said that the Chief Minister Bhagwant Mann led Punjab Government has big plans in its kitty to further embellish the structure of the holy city from all aspects including infrastructural development, cleanliness and sewerage system.

The cabinet minister along with Power Minister Harbhajan Singh ETO was here to visit the holy city. 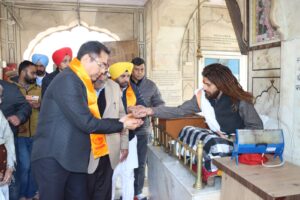 He categorically said that the Punjab Government won’t tolerate illegal/unauthorised colonies or structures. Each and every colony must be approved from the PUDA, he added.

He also urged people to restrain from buying properties in illegal colonies for short term benefit, as the Mann Government has adopted zero-tolerance against unauthorised colonies and buildings. “We are committed to ensure planned development equipped with state-of-the-art amenities in urban areas,” he said.

Giving a major relief to the landowners, Mr. Aman Arora said that H&UD department has exempted 5773 villages from getting NOC prior to registration of revenue land in rural areas as there was no possibility of colonization in these villages. He said that around 14000 unauthorised colonies have been mushroomed in the state due to negligence of the previous governments. The Mann Government is trying hard to clear this mess created by previous governments.

He said that the state has registered an increase in revenue from excise and GST in the last 9 months and the taxpayers’ money would be spent for welfare schemes and provide the best possible amenities to the people of the state.