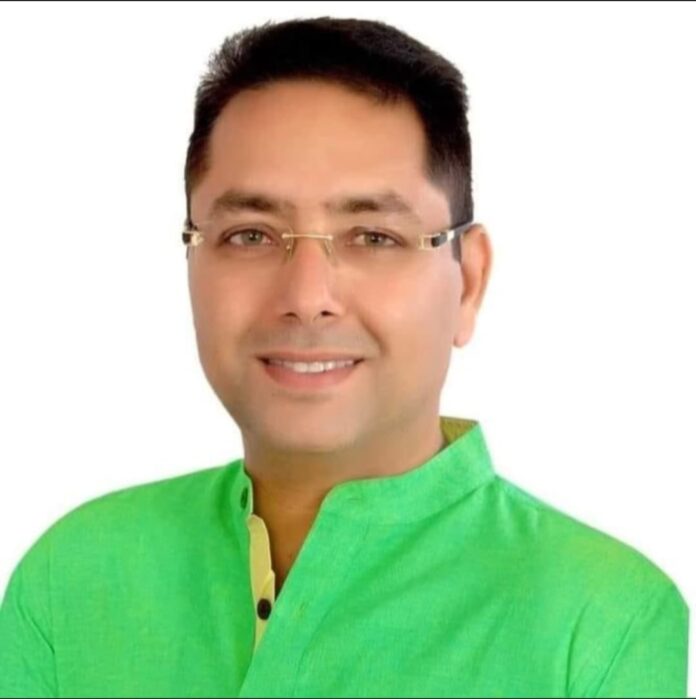 • Nobody will be allowed to violate the rules, says Aman Arora

Chandigarh : To keep intact the beauty of the model city of Punjab, Greater Mohali Area Development Authority (GMADA) has intensified its ongoing drive against violators, who have erected unauthorised constructions in the areas falling under its jurisdiction. This drive was started last month on the directions of Mr. Aman Arora, Minister for Housing and Urban Development (H&UD), Punjab.

The matter of unauthorised constructions and encroachments was brought into the notice of the H&UD Minister during a meeting held on November 19 with Local MLA Mr. Kulwant Singh and district authorities.

Taking serious note of the issue of mushrooming of unauthorized constructions, the Minister had ordered GMADA officials to immediately launch a drive to curb the increasing spate of illegal constructions and encroachments in SAS Nagar.

Acting on the directions of the Minister, the regulatory wing of GMADA has undertaken a series of drives and has demolished unauthorized constructions from various areas. Acting tough against violators , GMADA has removed at least 50 structures at foundation or plinth level and some superstructures at Jhampur village, besides demolishing four unauthorised temporary structures on one Kanal area in Sector-87 recently. Apart from this, four unauthorised under-construction houses with super structures were demolished in Balongi. Further, as many as 12 illegal pig farms and poultry farms on around three acres have also been razed.

Appealing to the residents and owners of business establishments of Mohali to not indulge into unauthorised constructions, Mr. Aman Arora said that, Chief Minister S. Bhagwant Mann led Punjab Government is fully committed to ensure planned and regulated development equipped with state-of-the-art amenities in urban areas. However, nobody will be allowed to violate the rules and violators will be dealt severely, he said categorically.