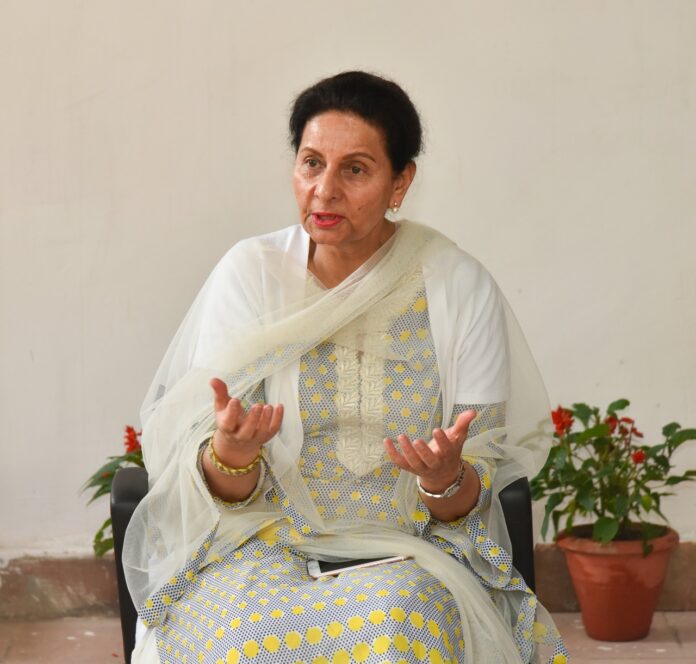 Singling out a person just because they are in opposition is totally unfair & reprehensible – Patiala MP
PATIALA : Former External Affairs Minister and Patiala MP Preneet Kaur today strongly condemned the pick and choose & motivated action taken by the district administration on the shop of councilor Varsha Kapoor’s husband Harish Kapoor.

Condemning the action the Preneet Kaur in a statement here said, “The vendetta politics being done by the Aam Aadmi Party government is completely reprehensible and I strongly condemn it.

According to revenue records there are nearly 156 properties on the said disputed Dera land and just to please there bosses the district administration under political pressure completely demolished only one shop in the whole city.”

She further said, “If the administration was to take fair action then it should have been done on all 156 properties instead of just singling out our councillor.”

Preneet Kaur called the action totally undemocratic saying, “the hasty way in which it was all done is totally unfair. Last night an order was passed and early this morning the shop was destroyed not giving the owner any chance to explain his side or knock on the doors of judicial courts. Even after repeated requests the owner was not allowed to pack his belongings from the shop and were all thrown on the streets like some garbage.”

She requested Bhagwant Mann to intervene in the matter saying, “I urge the Chief Minister to rise above politics and look into this matter fairly as he is the CM of every individual not of any particular party. He should immediately direct the officials to avoid this politically motivated pick and choose actions and work in a just manner.”