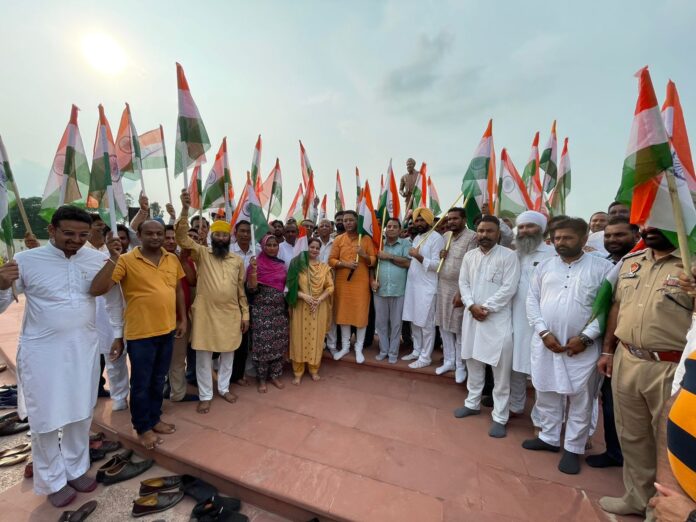 Meanwhile, extending warm greetings to the people of the state and media fraternity, Mr. Aman Arora called upon the people to take a pledge on this solemn day to rededicate themselves to make “Rangla Punjab”. He stressed on the need to eradicate  corruption and to create an atmosphere of harmony and brotherhood.

Paying tributes to the martyrs, he said all of us should realise the dreams of our freedom fighters, who sacrificed their lives to achieve country’s freedom.

”Independence Day is an occasion for setting new goals for all-round development of the state and we all should work in consonance to accomplish the goal.” he emphasized.