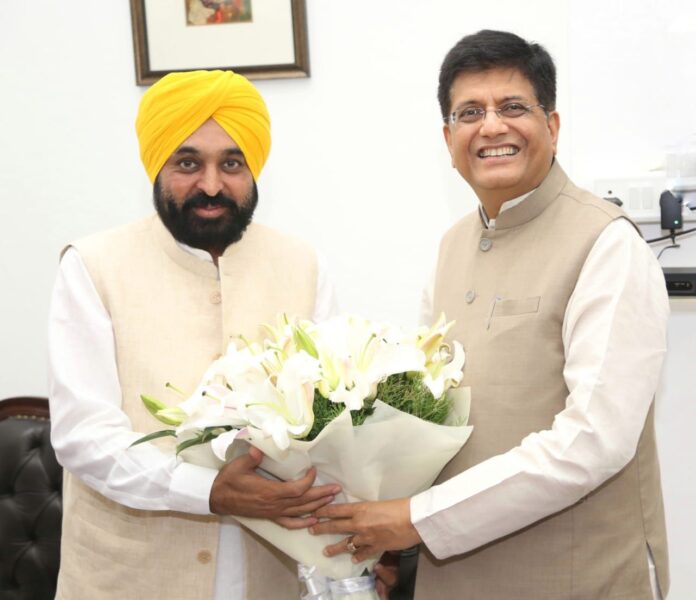 Sharing these details on the sidelines of the Rajya Sabha Secretariat, where he met the Union Minister, the Chief Minister said that the minister asked the officials present to expeditiously process the case for release of the pending RDF payments for the previous Kharif and Rabi procurement seasons. This would financially benefit the State of Punjab by more than Rs. 1700 crores, he said.

In addition to the Rs 1760 crores RDF payment the chief minister informed that the Union Minister had also accepted his request  to revisit the decision to peg the reimbursement of interest payments to Punjab at the interest rates available to FCI. He said that the Union Minister appreciated the stand of the State Government that it would never be able to get loans at interest rates available to FCI, which is backed by the sovereign guarantee of the Union. The minister asked his officials to  assist the State of Punjab in getting cheaper Cash Credit Limits for the annual procurement of Foodgrains. This decision is likely to save the Punjab Government an unnecessary financial burden of Rs. 1000 crore annually, said the Chief Minister.

The Chief Minister also took up the matter of inadequate reimbursement of expenditure incurred by the Punjab Government for procurement of wheat a couple of months back. The Union Minister positively responded to the request of the Chief Minister to reconsider the rates allowed for Labour and Gunny / PP bags and asked the officials of the central Department of Food and Public Distribution to reconcile these figures with the officials of the State Government at the earliest. This decision, once implemented, shall benefit the state by more than Rs. 100 crore, explained the Chief Minister.

Following this the Chief Minister  assured Mr Goyal that his government  will soon show him positive results in crop diversification which is essential to break the wheat-paddy cycle, which has severely impacted the water table in Punjab.