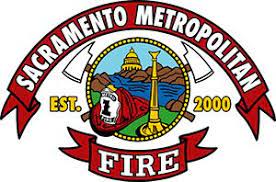 MATHER, Calif. – During the July 28 Sacramento Metropolitan Fire District (Metro Fire) Board of Directors meeting, Fire Chief Todd Harms announced his plan to retire at the end of the year. Harms has served as Fire Chief for Metro Fire since October 2016.

“I would like to congratulate Fire Chief Harms on his announcement to retire,” said Board President Cinthia Saylors. “Chief Harms brought a long history of experience in the fire service which benefited Metro Fire over the past six years. While the impacts of COVID-19 challenged the District, Chief Harms and his management team ensured the community received the best service delivery with deployment of the Mobile Integrated Health Program, and work with the Emergency Medical Services Authority to make significant impacts in reducing Ambulance Patient Offload Time at hospitals. Metro Fire is in the position it is today because of Chief Harms’ effective leadership.”

“It has been an honor to lead Metro Fire and build on its legacy of professionalism, integrity, teamwork and devotion to duty,” said Harms. “Reflecting on my 40-year career, I can say that the past few years of the pandemic and wildfires have been among the most challenging ever faced by the fire service, but our personnel have proven they can meet any challenge with professionalism, always making service delivery our highest priority. Today, Metro Fire is strong operationally, financially and administratively, which makes this the right time for both me and the organization to make this transition.”
Harms was appointed as Metro Fire’s sixth Fire Chief on November 12, 2016, after serving for nearly 30 years in the Phoenix Fire Department. When he arrived at Metro Fire, the organization was still restoring services that had been reduced as a result of the prior economic recession. With the recovery of property tax revenues and increase in cost recovery for services such as emergency medical response and ambulance transport, Metro Fire enacted six years of balanced budgets under Harm’s tenure that included increased personnel and services, new labor agreements, and a reduction to debt obligations.
During Harms’ tenure, Metro Fire also adopted a new Strategic Plan, a Command Manual and long-term plan for its capital facility needs. To help support its operations, Metro Fire was awarded more than $37 million in grant funding during the past six years, including a $13 million appropriation this year from the State of California to support the Zinfandel First Responder Training Facility.
Harms will serve as Fire Chief until the end of 2022. The Board of Directors will conduct a search for the next Fire Chief and will announce further details about the search process at an upcoming meeting.
Share
Facebook
Twitter
Pinterest
WhatsApp
Previous articleCharles Coker Sentenced to 18 Years and 4 Months for DUI Causing Great Bodily Injury to Two Children
Next articleOne month gone, Punjab Assembly passed MLAs Pension Amendment Bill yet to be enacted into a law