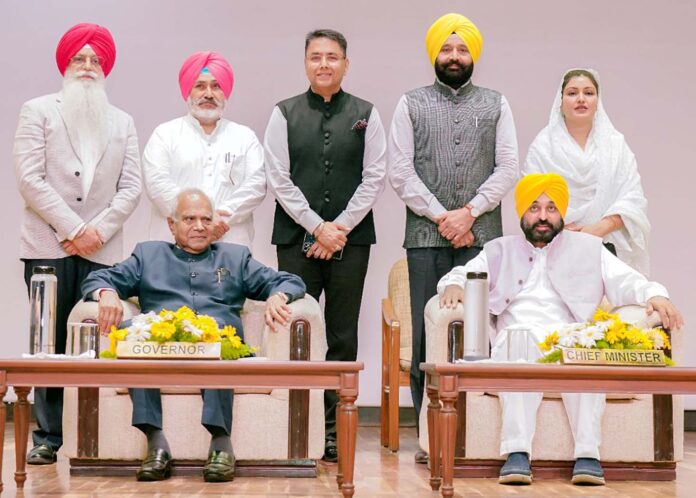 – All my ministers will work with honesty and diligence to provide a transparent government in Punjab: CM Mann

Chandigarh : Aam Aadmi Party (AAP) government led Bhagwant Mann expanded his cabinet on Monday and five MLAs have been inducted as ministers in the Guru Nanak Dev auditorium within the complex of Punjab Raj Bhawan.

It was the first cabinet expansion of the Mann-led government over three months after the AAP stormed to power in Punjab by bagging 92 seats out of 117 assembly elections.

After the oath-taking ceremony, Chief Minister Bhagwant Mann showed confidence in his new cabinet members and said that they will work diligently for the betterment of Punjab and its people to make the state again ‘Rangla Punjab’.

“We will fulfil all expectations of the people. All my ministers will work with honesty to provide a transparent government in Punjab. My government will ameliorate Punjab’s condition soon which has been ruined by successive governments in the last 75 years,” Mann told the media.
Asserting that AAP has a zero-tolerance policy against corruption, Mann said that some big scams will also come to the fore as the government’s investigation is underway. No corrupt person would be spared.
Meanwhile, earlier, AAP had inducted 10 MLAs as ministers in the Mann-led cabinet.